45 years since the fall of the World, and planet earth is a dangerous and dusty place. Civilization has crumbled; in its place is a medieval dictatorship under the Warlord of the Wasteland, a diseased man-monster known as Immortan Joe, and his tribal army of War Boys. Nobody “belongs” here, though – it’s every man and woman for themselves, every day a battle for survival.

What place beauty in a world like this? Enter our heroine, a renegade named Furiosa on a one-woman mission to disrupt the Warlord’s evil regime. With her shaven head and kohl-rimmed stare, the desert sand on her face is part camouflage, part textural contouring dust. Then, there are the Five Wives – a band of iridescent young women imprisoned by the Warlord in the hope of producing an able-bodied heir.

“Furiosa lived in a man’s world and for years probably hid the fact she was a female,” says makeup designer Lesley Vanderwalt (who also worked on 1981’s Mad Max Road Warrior). “But as a warrior she had to fight better than any War Boy – her character reminds me of that quote 'We did all of that – but in high heels’.” 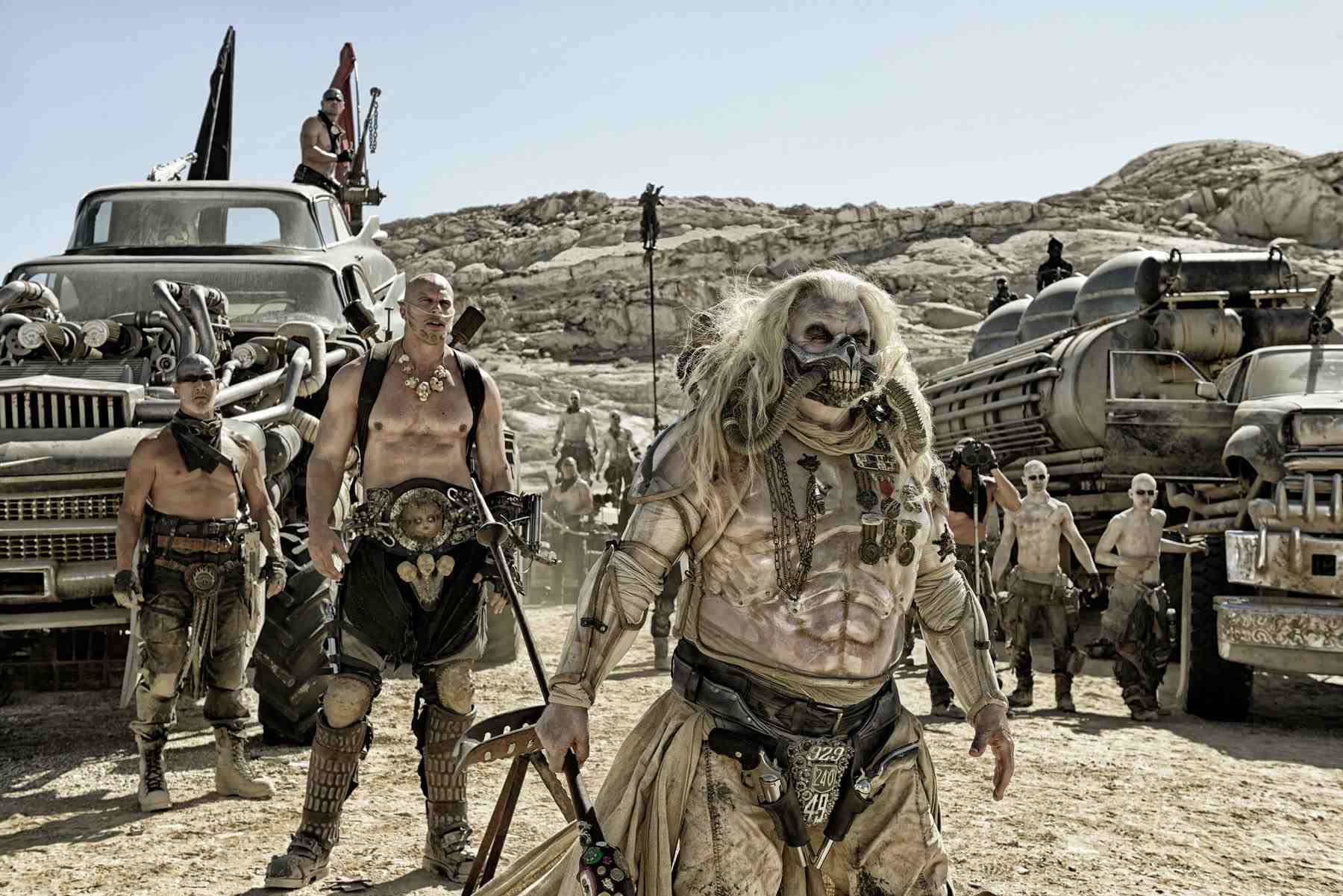 There is a strange beauty to the War Boys, too – their bodies are etched with intricate “scarification”, like tribal cave drawings expressing the last of their humanity. It’s a look that Vanderwalt borrowed in part from tribal and religious imagery. "Their look denoted their position or status in that society,” she explains. “The ones who were great warriors, and had survived the madness so far, were usually a little older and superior.”

“When they weren’t doing their trading runs or working on their vehicles, what did the War Boys do?” she asked herself. “With no phones, food or drink to distract them, they would self-mutilate – carving simple artworks into their own skin out of sheer boredom, like cave drawings. We decided tattooing was so much the norm now, we went a step further… Aboriginals, Africans and Polynesians have used scarification throughout history, using tools and materials available to them."

"With no phones, food or drink to distract them, they would self-mutilate – carving simple artworks into their own skin out of sheer boredom, like cave drawings."  – makeup artist Lesley Vanderwalt

With their hollow eyes and corpse-white bodies, the War Boys seem to be beckoning death itself, brokering with the grim reaper for every breath, but their attitude is “bring it on!” Promised eternal life by their Warlord for kamikaze acts of violence, there is little to live for and no greater honour than to expire in his name.

Beyond mere guy-liner, their skull-like eyes were inspired by rock ‘n’ roll’s finest: “Keith Richards, Alice Cooper, Ozzy Osbourne, Marilyn Manson, Johnny Depp, emo…even Elvis,” Vanderwalt adds. The Burning Man festival and style cult of steampunk were further reference points for Fury Road’s DIY dystopia. "Like their vehicles, they would decorate themselves. A sense of belonging, to a dysfunctional, unhealthy family… no one trusted anybody with their lives or vehicles, they had no other possessions apart from strange things that may have survived, blown across the wasteland in a toxic storm, that they had picked up and treasured."

The ultimate beauty ‘product’ in a world like this? Water, of course – the most scarce and precious of all commodities. “Don’t get too addicted to water,” snarls the Warlord, as he dispenses the most meager of rations. The fountain of life itself, it’s a reminder for anybody seeking beauty from the inside out to drink up – and to be grateful that we live in a world where we can.

MOVIE MAKEUP MOMENTS: LOOK OUT FOR…